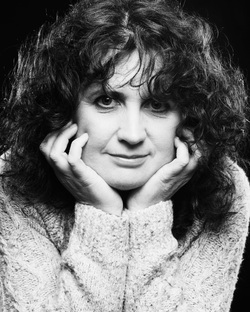 I live in Warwickshire in the UK with my three children and a large collection of animal friends.

I have always loved reading and since I was very young have made up stories in my head. I started writing in 2009 and it came as a bit of a shock as I had never even thought about writing anything before.  Vortex is the first novel I have committed to paper. It is the first book in a trilogy and i am now working on the second, with the third roughly mapped out too.

You can find me on:

Return of the Effra 1: Vortex 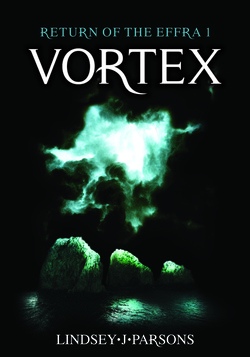 On a night when prophecies stir, an outraged dragon vents his anger, Damian is ripped from everything he knows and Sam's nightmares become real...

Sam isn’t enjoying university life, she’s disillusioned with her course and having second thoughts about her future. It doesn’t help that she keeps having a scary, recurring nightmare and when she thinks things couldn’t get worse a creepy man follows her back to her room.

Damian is unique, he has silver eyes, horns and wings, he is also being visited by a ghost girl. She looks so sad and frightened he feels compelled to help her, but the night he reaches out to save her from a dragon’s fiery breath he gets ripped from his life, his world, from everything he knows.

Now it’s Damian who’s lost in an unfamiliar world that’s devoid of magic and full of strange monsters. His only connection with home is Sam who he recognises as the ghost girl. Sam has to put aside her fear and disbelief in Damian’s explanations about himself to try and help him find his way home.

But in a world without magic is this possible?

‘Vortex’ is the first book in a trilogy called ‘Return of The Effra’ and will hopefully be published summer 2012.

Return of the Effra 2: Wicked Game 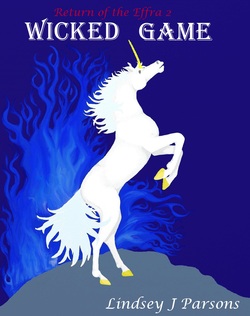 It had to have been the stupidest thing she’d ever done, worse than all the other stupid things put together. She’d had everything anyone could ever want, a home, a future, a large, loving family and Damian.

But Sam walked away and now she can’t go back...

Pictures and text above supplied by Lindsey J Parsons