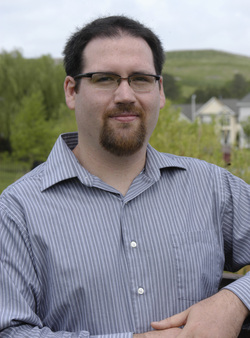 I spent the first ten years of my professional life in retail sales, working my way up to store management positions in two different Fortune 500 retailers.  Along the way, I managed to earn a BA in Religion and English Writing from La Salle University in Philadelphia, PA and an MA in Secondary Education from Holy Family University, also in Philadelphia.After completing my Masters, I began teaching high school English.  When my second son was born in May, 2010, however, my wife and I decided that it would be more prudent for me to be a stay-at-home dad, taking care of the new baby along with my first son, who was born in June, 2005.  I have since had the challenge and pleasure of being a homemaker.

It was at this time that I finally grasped the stories that had been in my head since I was a teenager and wrangled them to paper.  Toonopolis began as a silly interactive fiction game played with some real life and virtual friends.  The game only lasted a few years but the world I had created and my characters never escaped my thoughts.

As a writer, I consider C.S. Lewis and Lewis Carroll to be my strongest influences.  They were able to create magical worlds that readers of all ages enjoy, which is exactly what I want to achieve with Toonopolis.  It is a lofty goal, indeed, but the only goals that will invariably be unachievable are the ones that are not set.

Welcome to my world.  I hope you have as much fun as I do.
Links: 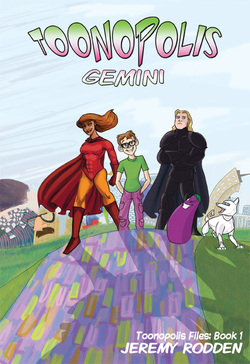 Toonopolis is a cartoon city that is home to the thoughts and ideas of all sentient beings in the universe. As the center of the Tooniverse, it acts as an other-worldly rest stop for these creations.
Gemini is a teenage human boy who is thrust into Toonopolis through his father's scientific research program. He loses part of himself in the process and immediately begins a quest to regain his lost memories with the help of his Tooniverse guide named Jimbob the Talking Eggplant.

After an altercation with a mysterious Shadowy Figure, Gemini's mission is changed, and he begins a new quest to defeat Shadowy Figure and protect Toonopolis from his nefarious destruction. Along the way, he meets new friends, discovers just how diverse and strange Toonopolis is, and learns lessons about compassion, forgiveness, redemption, and being true to oneself. 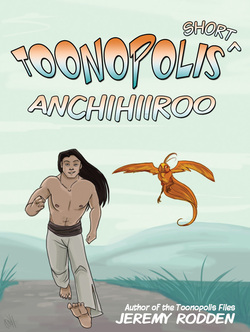 In Toonopolis: Gemini, Anchihiiroo (aka Han'Eiyuu) is the former hero of Animetown who turns Rogue after meeting the devious Shadowy Figure, forcing his creator to change him into a villain instead of the anti-hero he once was. Yuki, the albino inventor of Wan-Wan, described Anchihiiroo's background:

“He had a terrible childhood. He was orphaned at an early age when his parents were killed in a war. Then his orphanage burned down, and then a flood wiped out the town his orphanage was in. He was the only survivor.”

Learn the full origin of Anchihiiroo, from his tragic childhood as Yoshi of Higeki to the warrior training that allowed him to put a stop to the Ninja-Pirate War that plagued Animetown. Witness his relationship with the phoenix Suzaku and his inevitable Rogue turn after meeting the mysterious Shadowy Figure. It is a story about destiny and a young man's desire to make his own path in the world.